This project examines how Buddhist values and practices are entangled in other aspects of foodways yet remain entwined in mainstream economy. Specifically how new transnational Buddhist food ventures (social enterprises) and agricultural endeavours such as organic farming, animal sanctuaries, and food security projects are situated within Atlantic Canada. Following global flows and commodity chains my fieldwork was conducted in Prince Edward Island and Taiwan. This research is funded by SSHRC, the Religion & Diversity Project  and Dalhousie University. 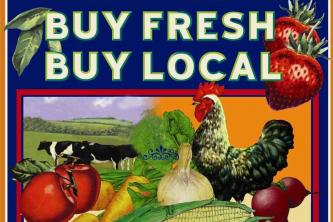 Culture on the Edge

Contributor and Chapter 3 Collaborator with Culture on the Edge — a 16 person international collaboration–publicizes its members’ work on its blog along with peer reviewed guest posts, and also in two book series with Equinox Publishers of the UK. The collaborative interrogate the contradiction between the historicity of identity, which is always fluid over place and time, and common scholarly assertions of a static and ahistorical origin for an identity community (whether religious, national, ethnic, etc.) against which cultural change can be measured.  Find more on Twitter or explore the blog. Some of my peer reviewed posts with Culture on the Edge can be found here.

KAPITAL 150: A Symposium on The Relevance Of Marx

Organizer and Collaborator for KAPITAL 150: A Symposium on The Relevance Of Marx. Karl Marx published volume one of Capital: A Critique of Political Economy on September 14, 1867. On this 150th anniversary year of the publication, the Sociology & Social Anthropology Department at Dalhousie University will be hosting a symposium addressing the relevance of Marx’s work today.  Kapital150.ca 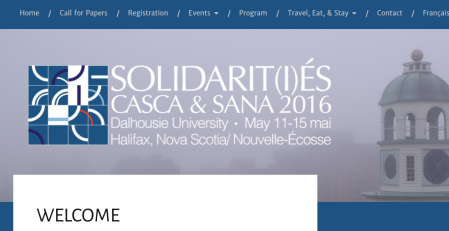 Co-organizer of the 2016 joint conference of the Canadian Anthropology Society & Society for the Anthropology of North America held at Dalhousie University. The five day conference included a wide array variety of discussion,  but particularly saw panelists exploring how anthropologists define and engage with solidarities, looking at the histories, moments, and sites of connection and alliance, informed by the complexities of inequality and difference, and which may involve failed or fractured solidarities. https://cascasana2016.com

Student team member of the Religion & Diversity Project under the supervision of Dr. Christopher Helland.  The central focus of the project  ” is to identify in detail the contours of religious diversity in Canada and the potential benefits of approaches to diversity that promote substantive or deep equality and move beyond tolerance and accommodation.” Profile can be found on this page.